Hello, folks! I’m getting ready for bed on a Saturday night, so that must mean that it is time for another weekly! I don’t know if everyone else looks forward to these as much as I do, but I can’t help but love talking development. I also love talking about my sleeping fuzzball, but I sense I might be the only one.

-Wordcount: 29,954 (3,640 this week. Another slower week) This week, we went back to Celestia to continue working on the first act of the story. One thing I heard a lot of was how slow Reborn started. I fear it may have turned away some readers who didn’t get past the “situation normal” to get to the rest of the story. That’s why we are starting out with a bang! Right now, there is at least one game over ending in the start. It’ll be an easy one to avoid, if you keep your emotions in check. Throughout the game, there will be several such events where being able to keep calm and carry on will be the difference between everyone making it out alive and burying members of your investigation team. Of course, maybe you don’t want everyone to make it out. I mean, there’s only so much Sol gives me… 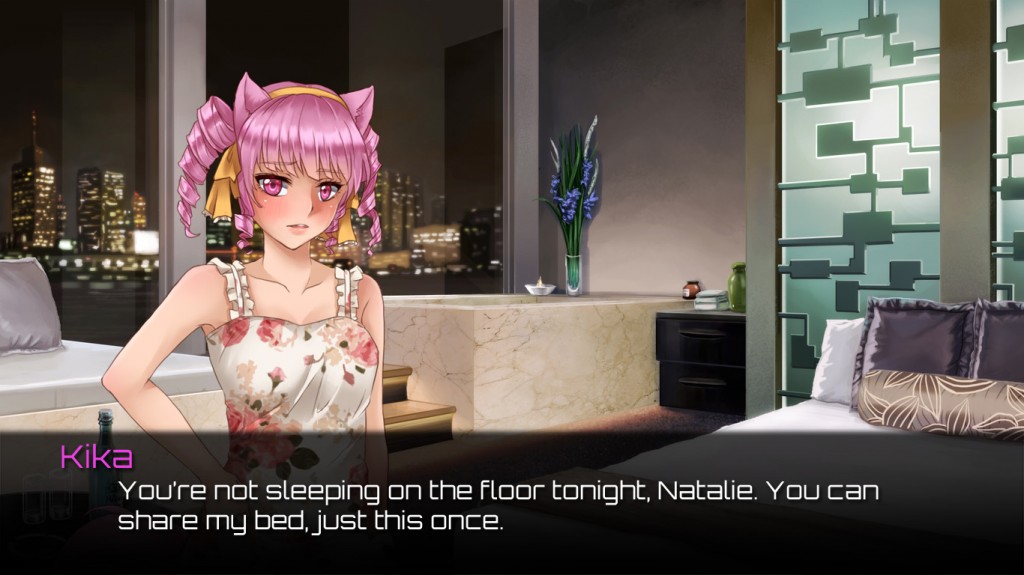 -Last week, I mentioned that I was going to start a story for NaNoWriMo. The votes have been tallied and the winner by a narrow margin was the alternate universe. Sorry, Zuri fans. The Zuri story will still be part of the short stories book. Now, a lot of people didn’t want to see the stereotypical high school story. I thought about it for a moment and decided that we should move our school setting to an alternate alternate universe! We could be like Harry Potter, right? Great Britain is a fictional place after all. Then I realized I shouldn’t take their made-up place and should make my own, France. I’m kidding, I’m kidding. We’ll be visiting the lands of swords and magic plagued by the forces of darkness (I guess that is England…). Time to learn to be a magical hero, Natalie!

You can read along at https://docs.google.com/document/d/1VMfZS5MbLUaqrnxAejj01ZNPjZnQyB1-uDoXjdUrGY0/edit?usp=sharing . I’m several days behind, so I’m gonna have to push it hard. It remains to be seen if I will be doing it in renpy script (just in-case something strange happens in the future and it gets made into a vn) or traditional prose.

-I just want to take a moment and remind everyone that we have a forum (alongside some other awesome games) over at http://innomenpro.com/forums/index.php . Any questions or random discussions about any of the three Rising Angels games are welcomed! The forums are pretty quiet right now. I can always dress in drag and do the hula if that’s what it takes.

-The wallscroll image is moving along nicely. I was delivered the lineart and things are looking good. I can’t wait to share the final image!

-Voice Acting: I’ve been holding back on making any big announcement for voice acting because I wanted to make sure enough of the script was done before opening voice acting. Nobody wants to be told that they got a part and then have to wait months before getting any work. The good news is that I think we are getting closer to that point. I’d like to start casting at the start of December.

-Music: We are looking to hire a musician to help use with the custom soundtrack. If you are interested, please send an e-mail to overwatch@idhasstudios.com .

I think that’s all for now. Until next week, Chief out!